You don’t want to miss the Panamá Texas Business Summit®, Why?
Because everything is bigger in Texas!

We all know that Covid-19 has hit businesses hard worldwide. We also know that those who turn business threats into opportunities, are the ones who triumph and grow.
The Panamá Texas Business Summit® has the objective of achieving commercial exchange between private businesses and the Chamber of commerce of Panamá and the state of Texas.
It is a unique opportunity for the businesses of Panamá and Texas to create real business connections in a fast, effective, and modern way in one of the biggest and most active markets in the world.

In the working sessions the main attributes of the products and services of the different categories will be exposed: Agriculture, Specialty Coffee, Real Estate, Banking and Investments, Construction, Food Industry, Clean Energy, Ports and Maritime Services, Technology and Tourism.

The Panamá Texas Business Summit® will be held at the Marriott Hotel Downtown Austin, Texas from July 25 to 27, 2021. The Panama Texas Business Summit® is a private initiative with the bilateral participation of the Republic of Panama and the Economic Development & Tourism Office, Office of Governor Greg Abbott. 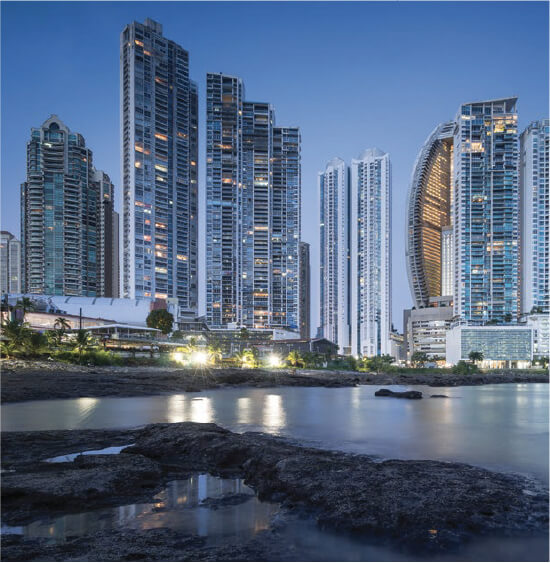 To make your HOTEL reservation for the event click here

To make your Air Ticket reservation with United for the event, click here

The Panamá Texas Business Summit® will count on the participation of featured Speakers & Moderators leaders of local industry, government and personalities that will share the most interesting lectures and business opportunities with the attendees.

The Panamá Texas Business Summit® will count on the participation of featured Speakers & Moderators leaders of local industry, government and personalities that will share the most interesting lectures and business opportunities with the attendees. 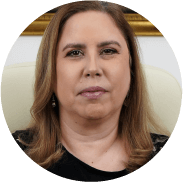 A lawyer by trade, Ambassador Carmen Gisela Vergara has more than 20 years of experience in business development, exports, trade negotiations, competitiveness and facilitation of international trade, among others. She is the Executive Director of PROPANAMA, Panama’s national agency responsible for the attraction of foreign investment and promotion of Panamanian exports.
Ambassador Vergara has previously served in roles such as Secretary General of the Central American Economic Integration System (SIECA), Executive Director of the Federation of Chambers of Industry of Central America (FECAICA), Panama’s Minister of Trade and Industry, Deputy Minister of Foreign Trade, Director for Panama at the Central American Bank for Economic Integration (CABEI), Manager of Panama’s Technological Business Accelerator, and has represented Panama in roles such as Alternate Delegate to the OAS
Close 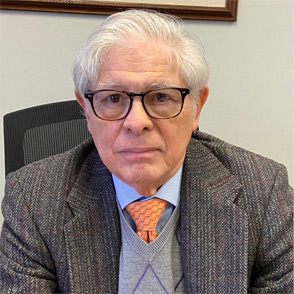 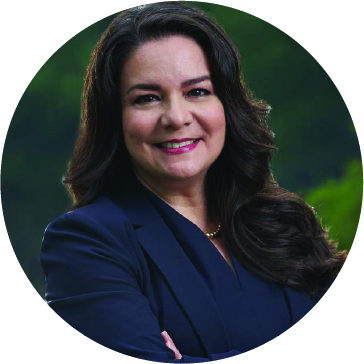 Cruz has more than 20 years of leadership experience in economic development, marketing, and international business. Prior to her appointment to lead the Texas Economic Development and Tourism Office, Cruz was President of the Greater San Marcos Partnership, the regional economic development organization established to encourage and nurture economic growth in San Marcos, and Hays and Caldwell Counties. Previously, Cruz was the Vice President of Global Corporate Recruitment for the Austin Chamber of Commerce.

In April 2020, Cruz was appointed by Governor Greg Abbott to the Strike Force to Open Texas, a team of nationally recognized private and public leaders to advise the Governor on safely and strategically reopening the state of Texas. In January 2020, Governor Greg Abbott appointed Cruz to the Advisory Council on Cultural Affairs, and named her vice chair of the council. In 2021, the Governor appointed Cruz to the Texas Freight Advisory Committee. She also serves on the Texas Economic Development Council and the Texas Workforce Investment Council. In addition, from 2016 to 2019, she served on the Texas Economic Incentives Oversight Board, to review the efficiency of Texas’ incentive programs.

In 2016, she won the Austin Business Journal’s Profiles in Power: Central Texas Women of Influence Award. Cruz holds a B.B.A. in Marketing from the University of Texas at Austin, has been married for 34 years to her husband Rik, and has three grown children living in the Austin area. 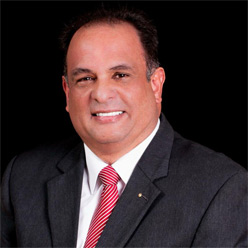 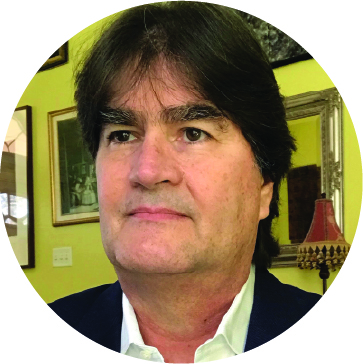 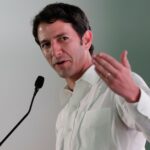 Panamanian, entrepreneur with experience in the development of projects focusing on Panamanian culture and sustainability.

Had created and managed enterprises that seek to awaken young people interest in our custom. Especially strengthen community support, teamwork and changes behavior-

Before the age of 30 he founded and managed the Cubitá Project, a hotel, residential and commercial real estate complex, inspired by the architecture and traditions of the Azuero region which has cultural elements, it is the most important project in the area and has its private museum.

He has been founder and leader in different organizations, chambers and associations of private companies.

Avid volunteer engaged in regional organizations, focused on sustainable development, community projects and for many years dedicated to the study of practical philosophy and history. 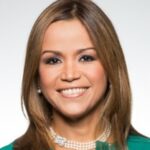 Commercial and consumer banker with 30 years of service in the Panamanian banking industry.

She earned a bachelor’s degree in Finance from Universidad Santa María La Antigua in Panama and holds a master’s degree in Business Administration from Nova Southeastern University.

In 2018, after 56 years of the establishment of the Banking Association of Panama, she became the first woman in her history responsible for its leadership for the period 2019-2021. She also is a member of the Board of Directors of Sumarse and has a representative participation in the Panamanian Industrial Union (SIP) and the Chamber of Commerce, Industries and Agriculture of Panama.

She has participated as speaker and panelist in various high-profile forums on topics such as gender equity, inclusion, innovation, cybersecurity, financial system, among others; being invited by organizations such as Forbes, UN Women, UNDP, IDB, Cybertech LATAM, Dubai Chamber of Commerce & Industry, TEDx, FELABAN, APEDE and CONEP.

Aimeé Sentmat de Grimaldo is a fellow of the 2017 Aspen Institute Finance Leaders Scholarship class and the Aspen Global Leadership Network,  her career path and leadership have also been widely recognized locally as regionally. She was distinguished in 2016 by APEDE as the Woman of the Year; the Corporate Reputation Monitor (Merco) placed her in Panama’s 2019 Top 5 Business Leaders List, where she was the only woman, and Forbes Magazine includes her in the List of the 100 Most Powerful Women in Central America by 2020. 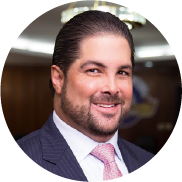 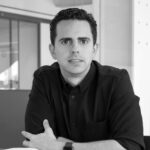 Architect in 2005, by the School of Architecture and Design of Latin America and the Caribbean (ISTHMUS), he received the highest distinction in his degree thesis. Master of Science degree in Advanced Architectural Design (AAD) at Columbia University, New York, 2008.
Since 2009, he periodically assists as a jury and teacher at the ISTHMUS University workshops. He was selected by Casabella Italia Magazine as part of Architects under 30 in 2013.
Since 2012, he has been a member of Conecta Centro América, an organization that promotes the connection between young entrepreneurs in Central America in order to empower and integrate the region.
He is co-founder of JUNTA Espacio de Arquitectura, a platform that promotes knowledge and architectural, cultural and social heritage. 2014, Panama.
In 2015, he was appointed CEO of Mallol Arquitectos, the most important firm in the region, made up of interdisciplinary professionals, of which he has been part since 2005, collaborating as a designer on projects of various kinds.
In 2016, he became part of EO: Entrepreneurs Organization, Panama.
In 2017, he was appointed as president of the 14th International Congress of Architects of Panama, InterAcción, by the College of Architects of Panama.
Since 2019 he is an independent director of Banco Regional LAFISE, Panama. 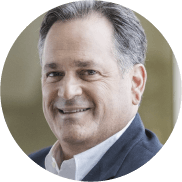 Selected as one of the planet’s 100 most promising leaders by TIME magazine (1994) and as one of the key Latin American Leaders for the new millennium by both TIME and CNN (1999), Juan Carlos Navarro is one of Panama’s prominent national figures. He founded ANCON, one of Panama’s leading non-profit environmental NGOs, in 1985. Navarro was elected by its General Assembly as Regional Councillor for Latin America by IUCN, the International Union for the Conservation of Nature (Perth, Australia 1990) and reelected for a second term (Buenos Aires, Argentina 1994). He served as Panama ́s first Environmental Ambassador, named by the President ad honorem to help formulate the country ́s environmental policy (1995 through 1999). Selected by The Nature Conservancy and the MacArthur Foundation as the recipient of its first Inter American Conservation Fellowship (1998), he authored the book Panama National Parks, published in Madrid, Spain (1998 and 2001). He was honored by The Botanical Research Institute of Texas with its International Prize for Excellence (Forth Worth, 2001). Navarro serves on the Advisory Board of the Puerto Rico Conservation Trust (since 1994) and the American Conservation Coalition (since 2020).

Navarro was elected Mayor of Panama City (1999-2004) after winning his party’s primaries (October 1998) and the general election in May 1999. He was reelected for a second term (2004-2009) in May 2004 with 60% of the popular vote. The youngest citizen elected to the Mayor’s office, Navarro oversaw 6,000 municipal employees and a US$100 million annual budget (2009). Selected by the University of Panama ́s Facultad de Administración Pública as the country ́s Public Administrator of the Year (2001), he was also recognized by Harvard University ́s John F. Kennedy School of Government as one of its most distinguished alumni in public service (2002).

He joined the Partido Revolucionario Democrático (PRD) in April 1998 and was first elected to its nine-member National Executive Committee in August 2002. He ran unsuccesfully for President in internal primaries (2008) and then for Vice President on his party ́s ticket in 2009. He was elected Secretary General of the PRD (2012) and a year later was chosen as his party ́s Presidential Candidate in primary elections, obtaining 94% of the votes (2013). He ran unsuccessfully for President in Panama ́s May 2014 national elections, obtaining 28% of the popular vote. He is the author of Voces de mi Vida (Bogotá, Colombia 2014), a biographical narrative.

In 2015 Navarro founded NSOLAR, one of Panama leading solar energy start-ups and founded and served as the first President of the Solar Energy Association of Panama (2016). He has served on the JIE Advisory Board of the RAND Corporation (2016-2018), as well on the boards of several Panamanian corporations.

Born in Panama City on 19 October 1961, Navarro is fluent in Spanish, French and English. He received his B.A. in Geography and Government from Dartmouth College (1983) and a Master in Public Policy (MPP) from Harvard University (1985). 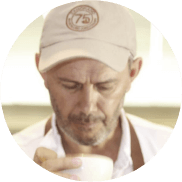 Ricardo Koyner is an Agronomist with a Master in Agricultural Business graduated from the University of Florida in the USA in 1990. His Kotowa farms are located in Boquete Panama and has worked extensively in coffee, cacao and tourism.  His coffee business includes production, milling, roasting, exporting to USA, Europe, Australia and Asia and coffee shops which have grown to 33 location in the country.  He has also been President of the Specialty Coffee Association of Panama, the organization behind the development and worldwide recognition that Panama Geisha Coffee has today.

Koyner looks at the farm, production and milling in a scientific way, doing extensive research on varieties, microclimates and processing techniques to develop different flavor profiles within his coffees. Kotowa farms have won the Best of Panama on different categories and in different years and has twice achieved the highest honor of Panama coffee production given by the Specialty Coffee Association to the producer that can advance more coffees to a final in the competition: “Producer of the Year”. 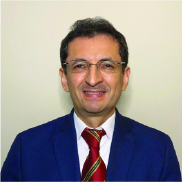 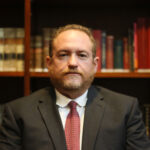 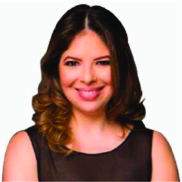 Katherine Shahani was born in Panama and recognized as an expert in real estate development with more than 20 years of local and international experience. She is current director of Grupo Shahani, a real estate developer company.. She has been a strategist, a public relationer and an international speaker. In addition to being a businesswoman, she has directed and actively participated in various boards of directors of private companies, organizations and a non-profit foundations. She has a passion for helping, empowering and educating adolescents mothers and entrepreneurs. Katherine is a co-writer of the book “International Real Estate” and recently published her own book “The Balance of Juggling.”

* The agenda might be change upon speakers and moderator’s confirmation. 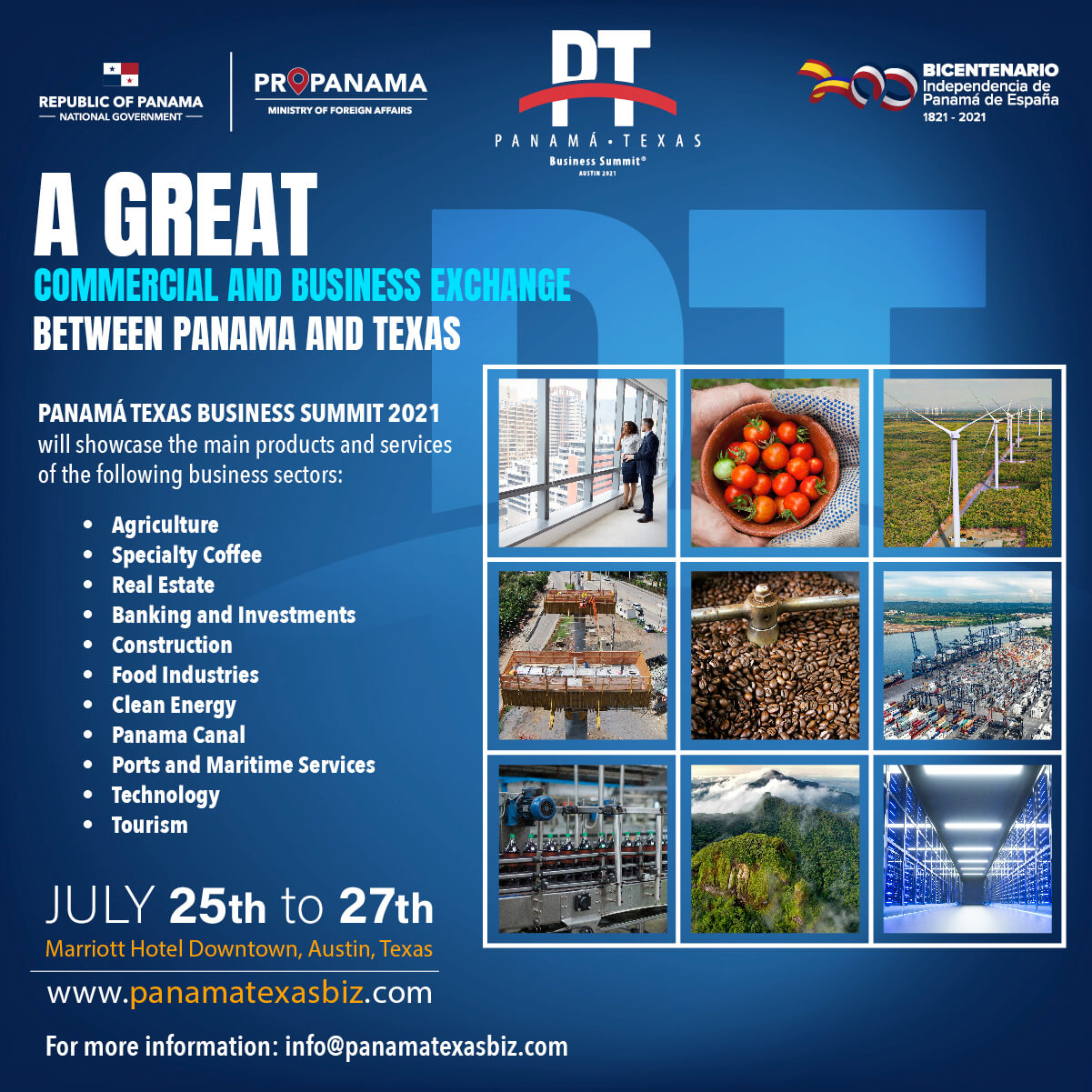